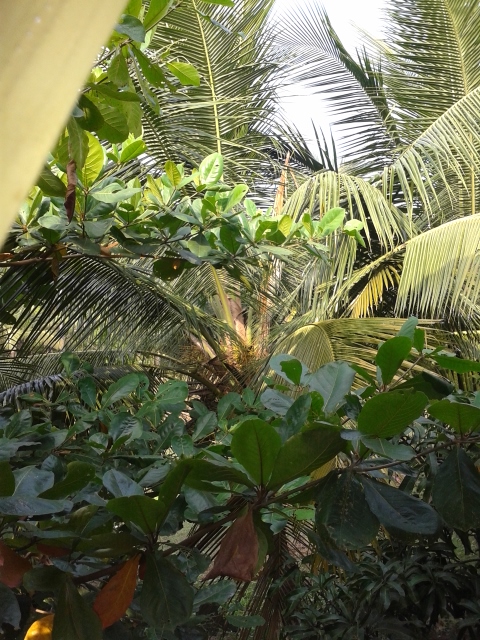 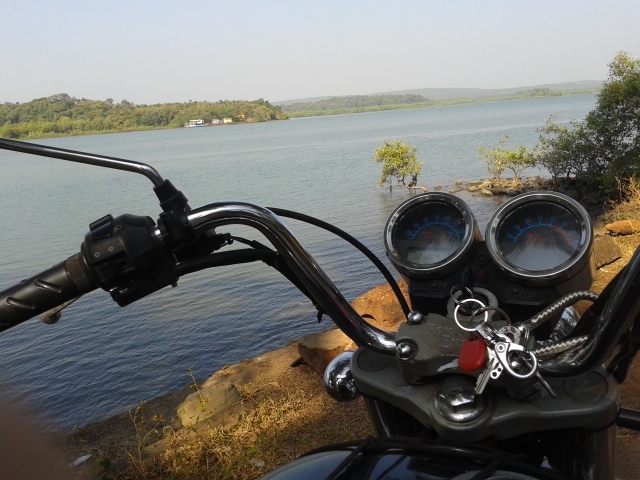 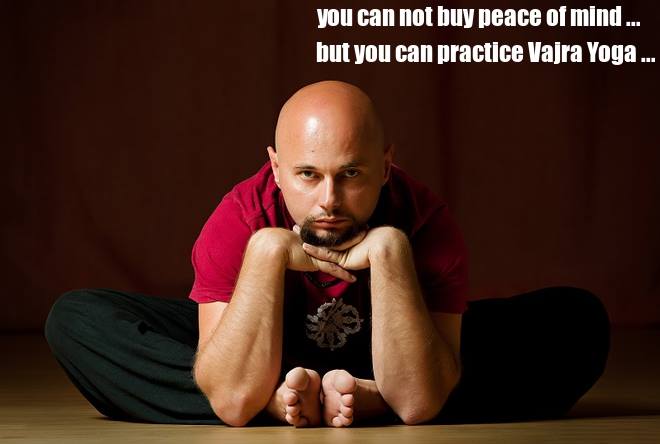 ENG.
certainly not with coffee, although I have nothing against coffee I do not have, it simply must be able to drink
Morning Vajra Yoga begins with the question: “Am i awake?”
As my teacher likes to say – to doubt yourself healthy. But this is only for the Vajra Yogi

What is VAJRA? The word “Vajra” (tibet. “dordje”) has several interpretations. Some of them are: diamond, lightning, enlightenment, instantaneous enlightenment, initial state. When we practice yoga, we particularly understand the meaning of “vajra” as initial state, which is also called non-duality. At the same time, Vajra is not only yoga; that’s why we interpret this word as “KNOWLEDGE”, simply because some parts of this knowledge overcome definitions of yoga itself. This is the knowledge of yoga, psychology, osteopathy (bones setting), life philosophy and certainly direct experience of initial state – non-duality. Non-duality is like a glue that combines all parts of VAJRA Knowledge. Without this you won’t be able to understand that all those things are inseparable parts of one knowledge; without experiencing the initial state one can’t understand vajra. This is it, in short. All the following is just a stream of my consciousness, not necessary for reading

Albeit we can go really far when writing in details, as of course, everything is tied to some of the nuances, teachers and circumstances, which can’t be ignored. My main teacher Chögyal Namkhai Norbu like the Vajra symbol very much. The symbol has naturally integrated into our practice, and one day we started naming CAS yoga (correct approach to the spine) as “Vajra” (one can find the chat history in the archives of Federation, those who wanted to share his/her opinion, took part in it). Let me explain, why the “CAS” name was renounced. First of all, because CAS yoga is a highly specialised concept, that refers to the work with the physical body and the spine, while anyone who had attended our lectures and practice lessons admitted the presence of a certain philosophy, ideology, which “rather differs from other schools”, as today one of the practitioners told me. My answer to him was that we look at the philosophy of yoga from its classical point of view, emphasising on Tibetian yoga, as a result of the influence from the teachers. One of the trends that had seriously affected our yoga system is certainly Dzogchen – some of our teachers and practitioners on purpose went to Namkhai Norbu for getting direct transmission. Others have simply heard about this pre-Buddhist teaching, which had shown up at different times and different places on Earth. Garab Dorje was the last one, having expounded Dzogchen teaching on Earth. One of the basis in practicing Tibetian yoga, Dzogchen and Buddhism is mahamudra. And due to the fact that we are not focused solely on Buddhism, or Dzogchen, or Tibetian yoga, although we respect these systems and admit their influence, we considered it logical not to “attach” to the existing systems and schools, but to acknowledge our own one. Especially, that neither I, nor other disciples cannot ignore the fact of existence of the powerful visionary teacher among us.  However, each of the longer lasting contacts with this brilliant teacher leaves no doubts that the spine is only a top of the iceberg, while its base – is non-duality. Because we all are so different, with own obscurations and own little quirks and whims, we unite exclusively around the iceberg’s top – CAS idea. The rest, including bones-setting, psychology, philosophy etc., one takes when he or she is ready. Still, if yoga philosophy is unclear or strange for you, reading some books by Namkhai Norbu is highly recommended, at least for the general knowledge. Though the way without a Teacher is complicated, where it’s extremely hard to reach the understanding. I personally try to get in touch with him practically every day, luckily there’s no need in siddhas nowadays.

Last but not least to mention, phycology is among one of the most respected teachings for us – as a science, in all its appearances, where first place goes to psychoanalysis and transpersonal psychology. 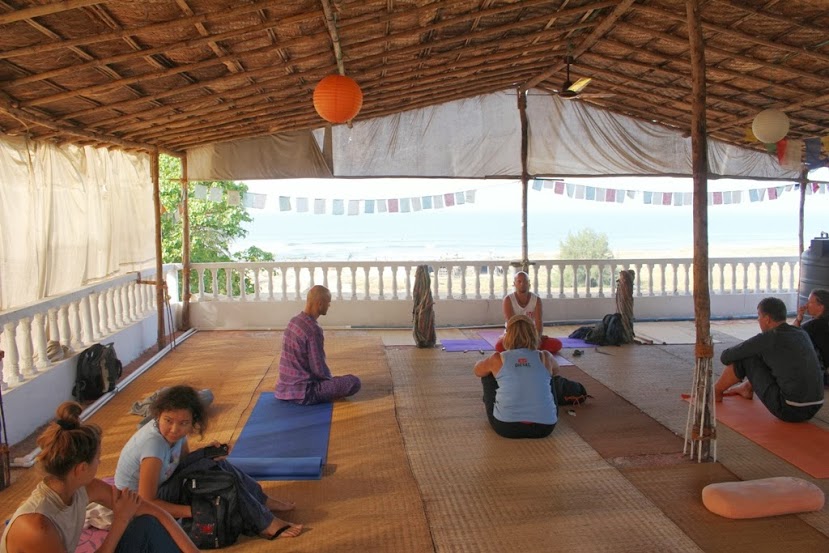